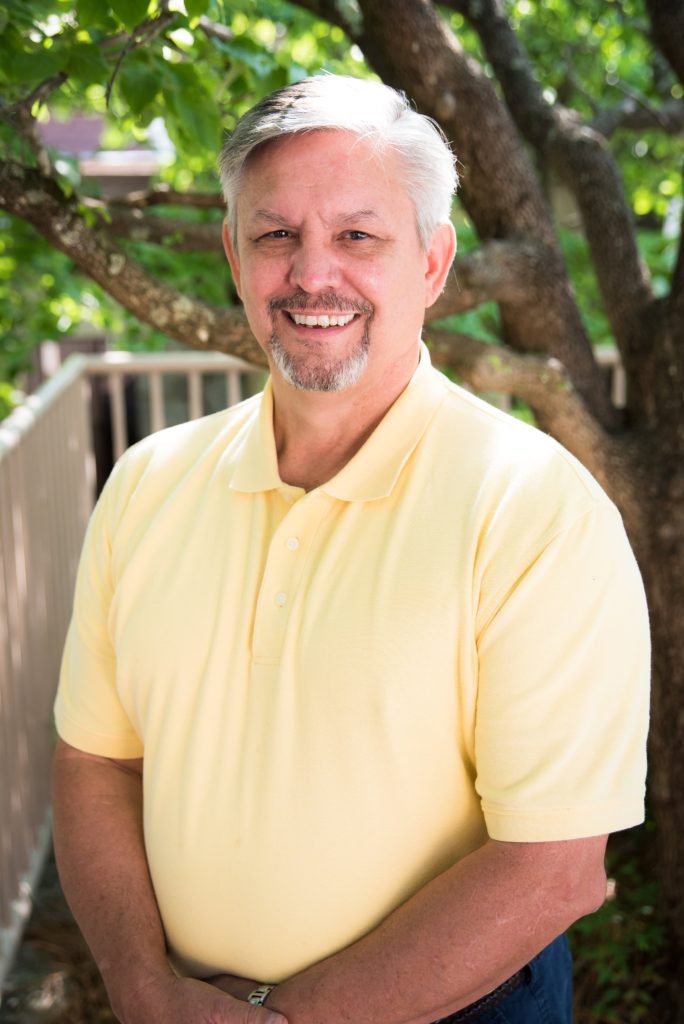 Mike Lauter is the Director of Operations at First Presbyterian. He joined the staff in July 2018 after almost 25 years of self-employment in the manufacturing and transportation industries.  Mike’s formal education includes two years of college at Gardner-Webb College in Boiling Springs, NC; he then transferred to The University of North Carolina at Wilmington where he received a BA in Political Science in 1983. He and his wife, Nina, have been members at FPC since 2014, and Mike is thrilled with the opportunity to serve God by serving the church he dearly loves as a member of the church staff. Having grown up in Wilmington, NC, Mike is an avid follower of college basketball and an ardent fan of the North Carolina Tar Heels in all sports. He is a stepfather of two: Heather and Heath; and a “Paw Paw” to four: Courtney, Camaron, Hunter and Kayla.